Fin Whale Dies After Being Trapped in Dee Estuary, UK 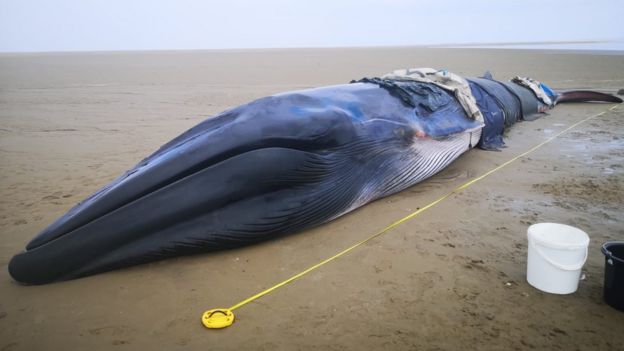 A young fin whale, estimated to be about a year old, became trappen in the Dee Estuary which is in Flintshire, UK.  The whale died on Sunday 6/14/2020 after it had become beached several times in the same area.   A team initailly refloated the whale and it seemed to swim towards sea, however it ended up restranding.   A post-mortem examination, necropsy, showed damage consistent with a live stranding of a nutritionally compromised individual.

Read more about it here.