On July 22, 2018 volunteers from the Long Marine Lab Stranding Network responded to this Harbor Seal that stranded at Pajaro Dunes. Because it was fresh we brought it into the lab for necropsy. Here at the the Stranding Network, we try our best to bring all fresh carcasses in for necropsy. This allows us to more accurately investigate the tissues and further find out cause of death. Although, the cause of death looks like the big shark bite on it's side, upon futher investigation during necropsy, we did not find hemorrhage around the wound, indicating that the bite was likely post mortem. We were able to collect samples that we will send to other researchers and for domoic acid testing. 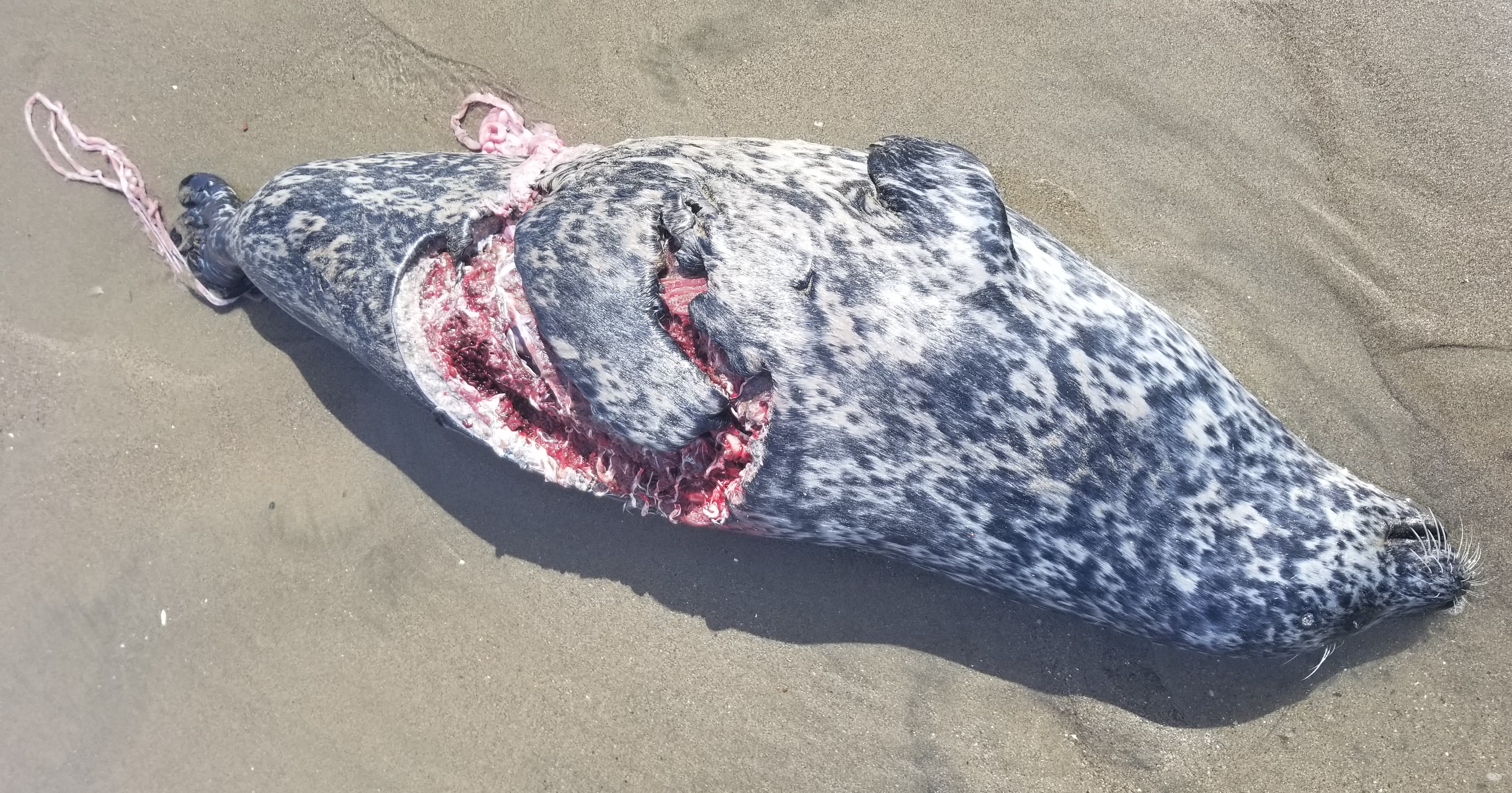 On June 17, 2018 a great white shark stranded on Beer Can beach in Aptos. This is the first shark stranding that our Stranding Network has responded to. Volunteers went out to collect data on the shark and then brought back the 500 pound shark to necropsy the next day. With the assistance of our volunteers, veterinary pathologist Mark Okihiro performed the necropsy on this large animal. The findings of this necropsy lead to a criminal investigation.

On January 14, 2013 volunteers from the Long Marine Lab Stranding Network responded to an 800+ pound California Sea Lion that had stranded on Main Beach in Santa Cruz, CA. Given the size of the animal, LML Stranding Network Manager, Dr. Robin Dunkin, worked with officials from the city of Santa Cruz to coordinate a beach necropsy and subsequent burial. The adult male sea lion was in overall good body condition but appeared to have a lung infection. Histology results schoed a mild bronchitis in the lungs, inflammation and focal mucosal polyp in the gall bladder, and mild fibrosis in the liver.

In addition to determining what might have been the cause of death for this individual, additional samples including stomach contents and urine were collected. Analysis of these samples for domoic acid and paralytic shellfish toxin from every fresh dead animal to which we respond, helps us contribute to baseline monitoring of these toxins through the WARRN-West program. You can read more about this program here. 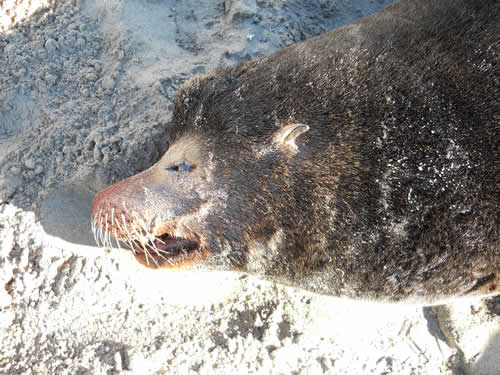 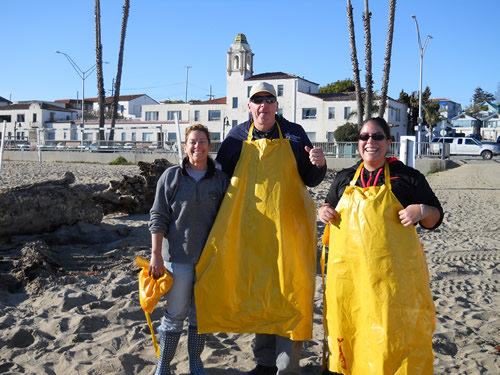 Stranding volunteers Linda Minor, Doug Ross, and Elena Cholula helped Robin Dunkin with a beach necropsy to help determine the cause of death of this 800+ male sea lion.